We organize workshops, seminars and onsite trainings that provide insights on how they can achieve international accreditation from ISO, Temos, and ISQUA accrediting bodies like NABH and JCI

PVH or Philippine Virtual Hospital, is a disruptive digital solution that should help our healthcare system cope with the demands of patients needing immediate care wherever they are.

Make the Philippines and ASEAN become a global healthcare destination while maintaining socio-economic equity in healthcare in their country.

To equip healthcare providers in the Philippines and ASEAN region to become globally competitive through education, training, accreditation, and partnerships….one medical facility at a time.

We strictly adhere to moral and ethical standards in our dealings, always giving glory to our God who sees everything.

We educate and provide service utilizing the best source of knowledge, skills and expertise.

A discipline whereby we commit to deliver the highest quality of service and value by always seeking to do what is best through constant innovation.

We promote partnerships and synergy for greater results.

Board of Directors & Advisors

HealthCORE facilitates accreditation for hospitals and clinics according to standards accepted by the International Society for Quality in Healthcare (ISQua). These accreditations certify that a healthcare facility meets the global standards of excellence in patient care. 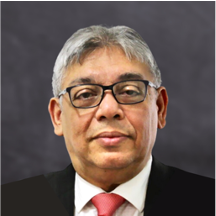 Rtn. Johnny has been residing in the Philippines for close to four decades and has also made his personal passion of watch appreciation into e-commerce with close to fifty stores nationwide, carrying a portfolio of various Swiss Brands among others with a focus on Automatic Watches. Mr. Chotrani is also a telecommunication consultant of various hospitals. 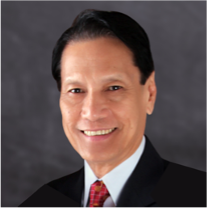 Chairman of the Board of E-HealthCore, has had an extensive experience in private sector and government service as well as in civil society organizations.  Starting as a management trainee in 1968, he held various senior technical and marketing management positions at Unilever Philippines until he joined the government when he was appointed OIC Governor of the province of Bulacan in March, 1986. He went on to serve as Bulacan Governor for 12 years during which time he was elected as National President of the League of Provinces for 3 terms and founding Chairman of the League of Leagues later renamed Union of Local Authorities of the Philippines. He had also served as Chairman of the Cooperative Development Authority, Secretary of Department of Agrarian Reforms, Secretary of Tourism, Chairman of Philippine International Trading Corporation, and founding Chairman of PITC Pharmaceuticals Inc, now known as PPPI, which launched the “Botika ng Bayan” Program to promote safe and affordable generic medicines.

Governor Pagdanganan is presently also Chairman of Medicines Transparency Alliance, (MeTA) Inc., and Health Retirement and Tourism Alliance (HeaRT). He is also a member of the National Executive Board of the Boy Scouts of the Philippines where he has served as National President for four terms. He is also a Past President of the Rotary Club Of Manila, the first Rotary Club in Asia, and Past District Governor of Rotary International District 3810. 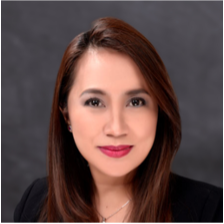 Joyce is a staunch advocate for the Globalization of Healthcare, International Trade in Health Services and Medical Tourism. She spearheaded various initiatives in the development of the Philippines as a global healthcare destination including the Philippine Medical Tourism Program that was launched in 2006. Joyce founded HealthCore in 2010 with the vision to make the country a premier healthcare and tourism destination by introducing international quality standards in the healthcare and hospitality industry evidenced by achieving globally-recognized Quality Accreditation seals.

Joyce was the former Country Head for Aster DM Healthcare (Philippines), formerly Regional Representative of Temos certification based in Germany, Representative for NABH International and by Swiss Approval International for ISO certifications in healthcare and hospitality services. In 2015, she was licensed as a National Assessor for the Accommodation Sector by the Philippines’ Department of Tourism. In addition, she authored the Philippine Medical Tourism Compendium and served as Contributing Editor to Philippine Daily Inquirer for the Philippine Health and Wellness Travel section. She worked for 12 years in investment banking where she held various positions.

At present, she is the appointed Patient Safety Ambassador for the ASEAN region by the Patient Safety Movement Foundation based in the US, Part-Time Faculty in NEU-School of International Relations, and ISO 9001:2015 Certified Lead Auditor.